Jocelyn has been at Step By Step Dance Studio for almost 30 years.  She began as a student in 1986, became an instructor at the age of 17, and in 2006 began volunteering in the office.  As one of the original members of the Psalm Sacred Dancers, Jocelyn has had the opportunity to share her love of dance in places such as Kansas, Oklahoma, Ohio, Arizona, and most remarkably, Zimbabwe, Africa.  As a student at Nolan Catholic High School, Jocelyn studied dance under Ms. Elan Schwericke and was a member of the Royelles Dance Team.  In addition to working full-time at UT Arlington, she is also pursuing a Bachelor's Degree in Public Relations.  Jocelyn enjoys event planning and is the Creative Director of Just Jocelyn Event Planning and Creative Design.  She has two daughters, Ashlyn and Addison who are both students at Step By Step.

Lisa began dancing at the age of three at the Academy of Performing Arts under Ms. Irene in Kansas City, Kansas. Lisa earned her Bachelor and Master's degrees in Science and Dance from Kansas State University.  A former Kansas City Chiefs Football Club Chiefette and Kansas City Kings Cheerleader, she later became the Director of the Kansas State University Pridettes and Wildcat Dancers.  She is employed by the University of Texas at Arlington as the Senior Director of TRiO Pre-College Programs.  Lisa founded Step By Step Dance Studio in 1985 and has established herself as a staple in the Arlington community.  As an active member of Alpha Kappa Alpha Sorority, Inc., Jack and Jill of America, and numerous other civic organizations, Lisa continues to drive forward the celebration of the arts and the sculpting of our children into productive individuals.

Erica has been a Step By Step student since she was two years old.  She loves ballet and lyrical and has competed at local and national dance competitions.  Erica is a graduate of UT Arlington with a Bachelor's Degree in Psychology and a Minor in English.  While at UTA, Erica was a member of the Dance Ensemble and Mavericks Dance Team. Erica recently graduated with her Juris Doctorate from Thurgood Marshall School of Law. She is a member of Alpha Kappa Alpha Sorority Inc. As the Director of Step By Step Dance Studio's Junior Company, Performance Team, as well as the Genesis and Revelation and Praise Dancers, Erica gives young girls the opportunity to share their love of dance throughout the metroplex.

Khirstian Satcher has been dancing for 15 years. She started dancing at Step By Step since the age of three and has since danced across many stages including Disney World, Ice at the Gaylord, Collegiate sporting events, various retirement homes. She has also competed in numerous local and nation dance competition.s. In high school, Khirstian also was a member of the drill team where she served as first lieutenant her senior year. Khirstian is currently is a sophmore at the University of Texas at Arlington, where she is pursuing a degree in Communications. Her dream career would be in the the entertainment industry as a publicist or journalist/reporter. She is also a proud member of UT-Arlington's 2017-2018 Maverick Dance Team. 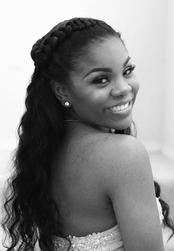 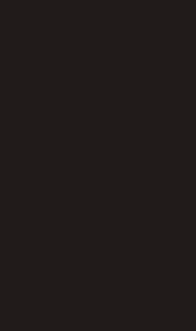 Dancing Through Life...One Step at a Time!